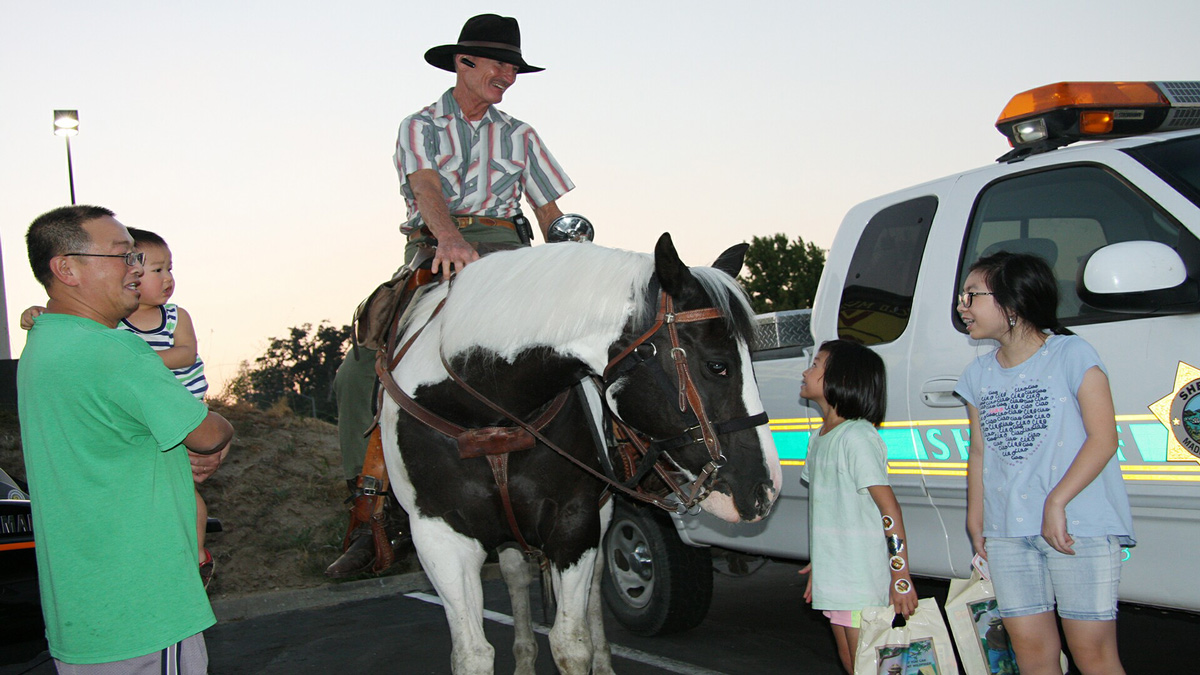 Lily, the horse, caught the eye of this family

August 4, 2016 - By Linda Gast - Oakhurst National Night Out on Tuesday, August 2, 2016 had special meaning this year. I know some of us were there to show our support for the officers. The event is held each year in communities throughout the country on the first Tuesday in August. It is a way for people to show their support for our community first responders. National Night Out was first established in 1984 by Matt Peskin of the National Association of Town Watch. We were fortunate that our service officers took time out to come and meet the people and make a fun night for the kids while educating the community about better ways to protect itself.

We waited until after seven o'clock to go to the event because of the heat. We missed some of the participants, but it was very cool and in the shade when we arrived. It was a fun event for the kids and there were many activities for them to participate in. Many of the booths handed out bottled water which made the evening even more pleasant.