Note: This article is one of a series celebrating Mariposa Memories and was originally published during 2010 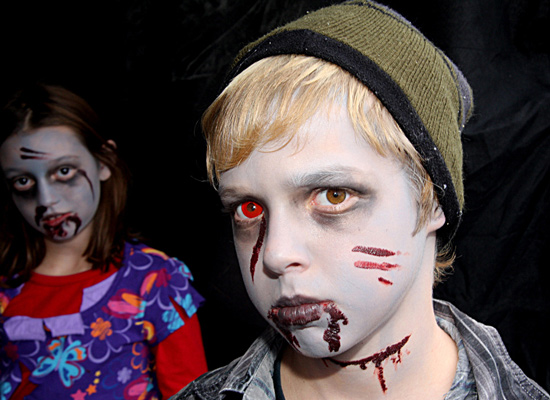 October 30, 2016 - By Linda Gast - The streets of Mariposa were not safe on the Saturday night before Halloween 2010.  Tim Vittetoe and his makeup artists, turned ordinary citizens into Zombies.

Not even the children were safe from his artistic talents. Of course, forty plus people lined up to have him work his magic. Tim Vittetoe Originals has twenty years experience in props, makeup, trade shows, billboards, displays and scale models.
The Zombies were given discounts at some of the stores and restaurants in Mariposa.