After the bus is certified by the CHP and the school’s bus driver is trained, the new, clean energy bus will replace the 54-passenger diesel bus the school has been leasing from Merced Transportation since December 2012.

“We have been working with the Mariposa County Department of Public Works on securing this new bus since December 2013 and could not be more thrilled that all the efforts have come to a successful fruition,” said Mindy Bolar, Principal and Superintendent of SFCS. “Not only is it clean energy, but it allows us to transport more students and we own it rather than leasing. It’s a win times three.”

“When we were originally contemplating SFCS, we weren’t planning to offer transportation,” says lead founding member and original board chair Jill Harry. Charter schools are not required to provide transportation to students.

“We were planning to arrange carpools, but it was getting very complicated and parents were not excited about that idea,” Harry continued. “Deciding to lease a bus just weeks before school opened really changed things for us. It made it possible for all the families who wanted to send their children to the charter school to do so with peace of mind for their safety on the road. And now SFCS owns a 75-passenger clean energy bus - that’s incredible. What a journey.” 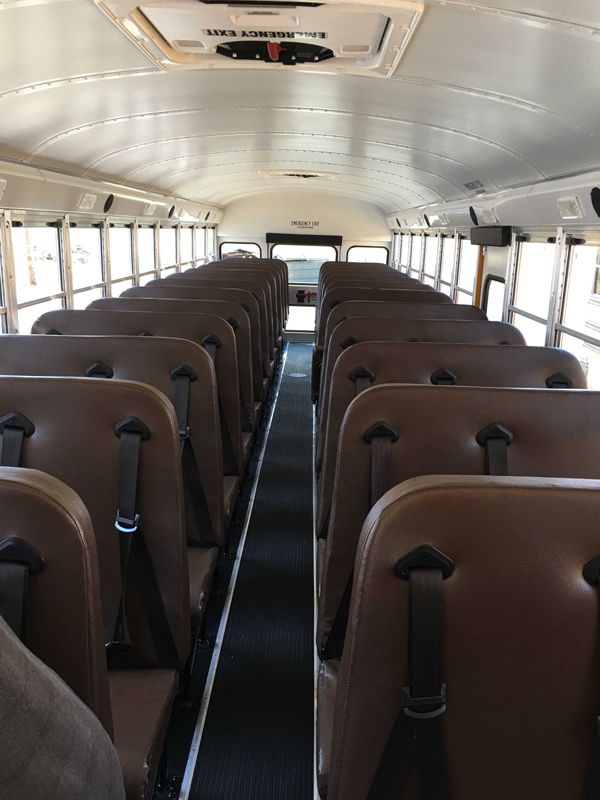 Back in 2012, SFCS first contracted with First Student in Merced to provide busing service for its students. At the same time, Bob Morse, Director of Maintenance, Operations and Transportation for Central Unified School District in Fresno, helped the school find a suitable bus and make arrangements for Merced Transportation to buy the bus and lease it to the school. Harry and Morse knew each other from when Morse worked for MCUSD and helped Harry and Mariposa County First 5 install a preschool building on the Catheys Valley school campus.

A year later, in December 2013, Morse let Harry know about an opportunity he had come across to secure a clean energy bus through state funding.

“Congestion Mitigation Air Quality (CMAQ) funds are available through the County Office of Government (COG),” explained Morse. “The reason such funding exists is to cut down fuel emissions.” 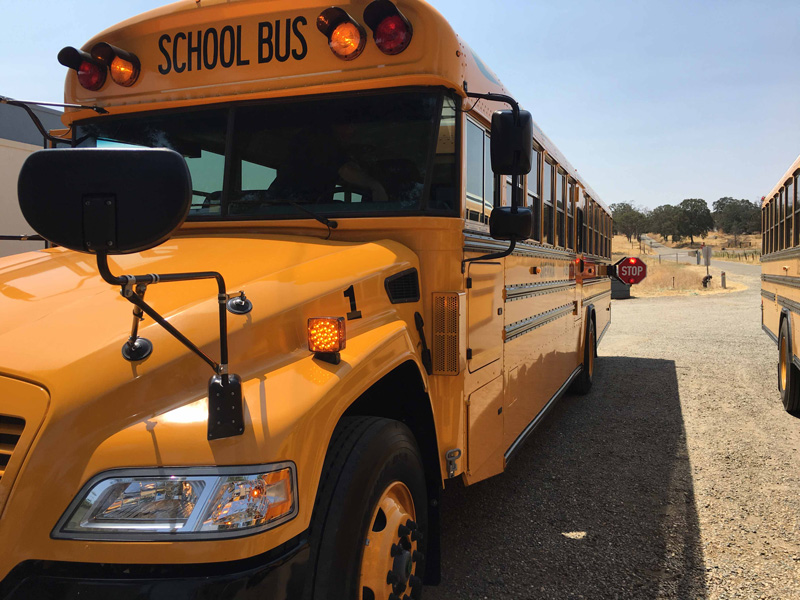 Morse and Harry met with then Public Works Assistant Director Barbara Carrier near the end of 2013. Carrier confirmed the money was available and they discussed the process and paperwork involved to secure it.

It seemed things would move along fairly quickly, but then many changes took place in Public Works, including Carrier retiring and the Public Works Director position turning over in a short amount of time. When former Director Tony Stobbe was brought on board, he assigned Public Works Transportation Planner Mark Dvorak to work on the bus project amongst his other tasks.

“We started seeing movement again when Mark was made the point person,” said Jill Harry. “It was a long, complicated process.”

There was much coordination between Public Works and CalTrans. Given that Mariposa County had never gone through this process before, Morse’s expertise proved to be very helpful and a valuable asset.

“I truly appreciated everyone’s patience as we worked through this and am excited for SFCS, and especially for the safety this new bus brings to the students,” said Dvorak. “Bob acted as project manager and was a big help in providing assistance.”

After requirements were met and the project was approved by the Board of Supervisors in their role as MCLTC, in December 2016, the bus specifications were published in the Gazette for three weeks with a request to bus manufacturers to make bids.

In January, the County received a bid from the manufacturer, A-Z Bus Sales, Inc. In February, after conferring with CalTrans and SFCS, the County awarded A-Z the contract.

Buses like this are not on lots, waiting. They are made to order. With the contract in hand, A-Z started the six-month process of building the new bus and ultimately, delivering it to SFCS on what happened to be the first day of its 2017-2018 school year. 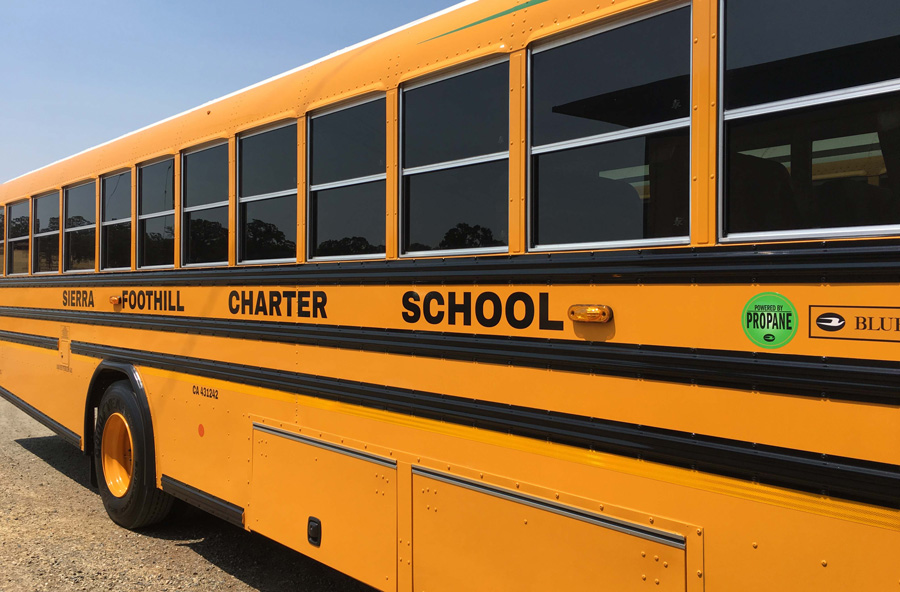 “Our contract with Merced Transportation has a few more months on it,” said Bolar. “So we were not overly concerned about the timing. We look forward to finishing the last steps - receiving CHP certification and completing bus driver training. It will be a wonderful day when SFCS students can ride on this brand new, clean energy bus.”

“This bus runs smoothly and is so quiet,” said bus driver Dan Croft. “I am going to enjoy driving it and students will love riding it.”

Here is a case where persistence and patience pay off. And the County benefits as well with a little cleaner air quality thanks to a propane powered bus.”

Sierra Foothill Charter School is a free, non-profit, K-8 public school. For more information, contact the office at (209) 742-6222 or visit SFCS’s website: SierraFoothillCharterSchool.org. To stay up to date on all the latest happenings, “like” SFCS on Facebook.