“This survey is a starting point from which UC scientists could build research and extension programs, if possible in the future,” said lead author Houston Wilson, UC Cooperative Extension specialist with UC Riverside. A report on the survey results was published in the July-December 2019 issue of California Agriculture journal, the research publication of UC Agriculture and Natural Resources. 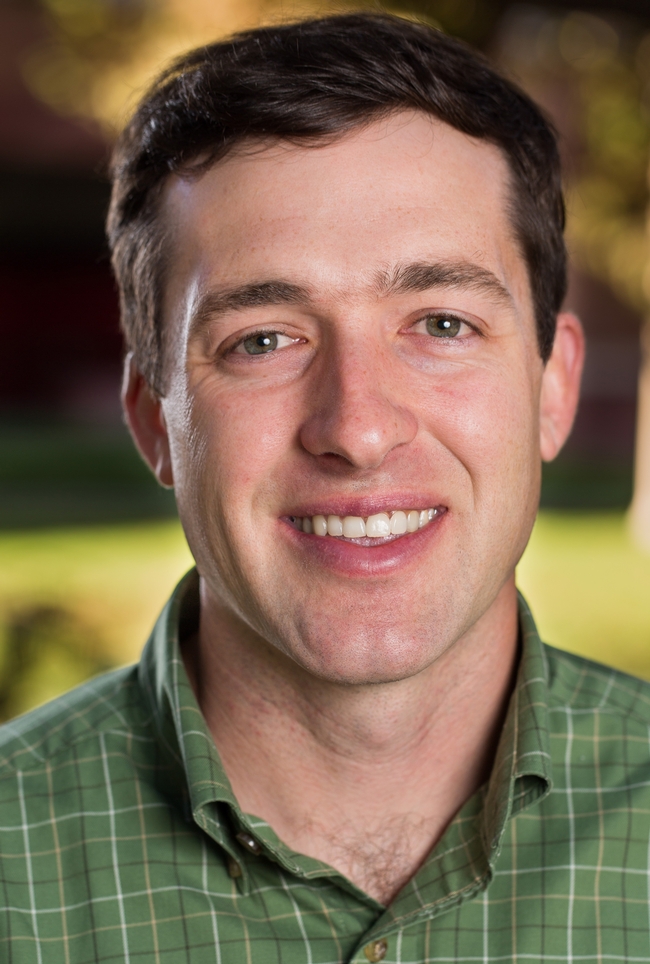 Wilson's work in North Coast vineyards as a UC Berkeley graduate student introduced him to cannabis cropping in the same area. Over time, he began to encounter some farmers and pest control advisers who were engaged in both traditional agriculture operations as well as cannabis grows.

In 2016, when legalization was in the works, Wilson decided to conduct a survey to better understand the scope of cannabis production in California. A year later, Wilson took a position with the Department of Entomology at UC Riverside as an orchard/vineyard IPM Cooperative Extension Specialist based at the UC Kearney Agricultural Research and Extension Center. He maintained his interest in cannabis and continued to lead the survey project and analyze the data.

The new research report is part of a growing body of knowledge about an industry that represents an estimated $10 billion in retail sales— likely the most valuable of all crop sectors in the state, but largely a mystery to scientists, regulators, growers and civic leaders. Cannabis production has not been widely researched in California because of its legal status before Proposition 64 passed in 2016 and went into effect Jan. 1, 2018.

“Since UCCE is federally funded, and cannabis is not legal at the federal level, we cannot conduct any research that has potential to increase yield, improve quality or profitability,” said Robin Sanchez, UC ANR attorney and interim director of administrative policies and business contracts. “We are very careful to conduct research only about its scope and impact, but not production practices.” 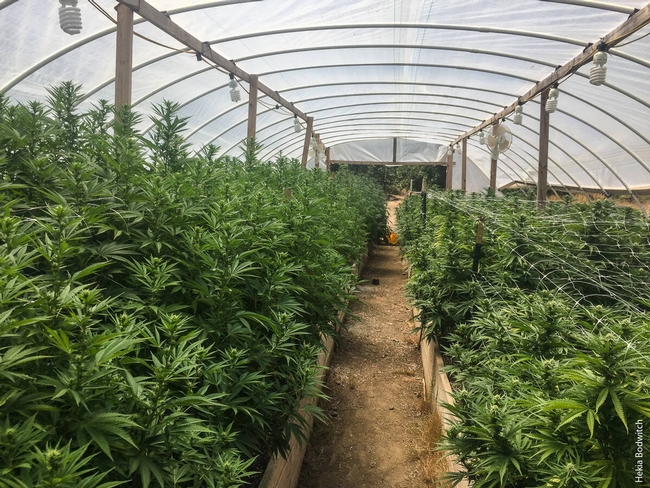 Most of the cannabis growers who responded to a 2018 survey reported gorwing their crop outdoors or in greenhouses, such as the hoop house shown here.

Wilson and his colleagues gathered the information in July 2018 from 101 growers who responded to an online survey.  Survey questions focused on farm size, operational features, pest and water management, labor, farm revenue and grower demographics. Respondents were recruited by 15 cannabis grower organizations, who together were able to supply approximately 17,500 contacts.

Most of the respondents produce cannabis in Humboldt, Mendocino and Nevada counties – 55% combined. The rest hailed from 12 other California counties, the furthest south in Los Angeles, and one respondent from Josephine County in Oregon.

Of the growers who responded to the survey, 74% were classified as small-scale growers because their farms were sized at 10,000 square feet or less. The rest were almost evenly divided as medium (10,000 to 20,000 square feet) or large. The majority of respondents (53%) reported that they had not applied for a state license to grow cannabis.