Yosemite National Park Current Bear Facts For November 21, 2020 - At Least Seventeen Bears Have Been Hit By Vehicles This Year In Yosemite, And At Least Five Of Those Died 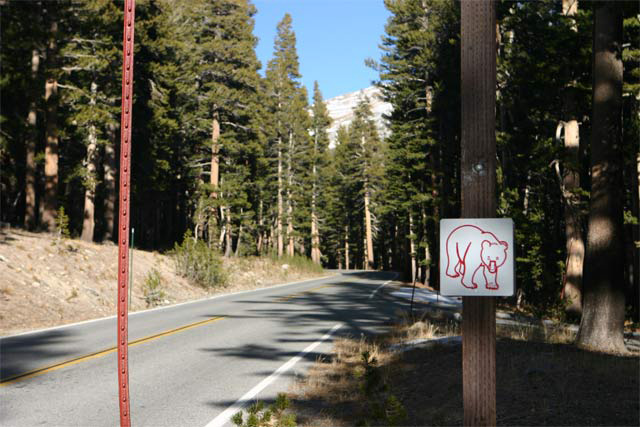 Yosemite National Park Red Bear, Dead Bear Sign
These signs in the park are where bears have been hit by vehicles.

Bear Activity Summary:  Bear activity has significantly slowed down in recent weeks in Yosemite Valley, with most bear activity currently happening in El Portal, the park’s administrative area. Bears are still focusing their large fall appetite on the acorns that are prevalent this time of year. Recent bear incidents have involved bears ripping into roofs and sidings of structures to get at stashed acorns from woodpeckers and other animals.

It is extremely important to remember to yell at bears that are in and around development, even if they are foraging on natural food. Though it is very tempting to get close for a picture, or just to watch these incredible animals, it is important not to give into this urge. Yelling at them if they are in residential areas or near people is critical to keep bears natural fear of humans. Giving bears plenty of space. When bears become too comfortable around people, they will often start causing damage to structures and vehicles, or will even become too bold around people, creating safety concerns.

Red Bear, Dead Bear: Please help protect wildlife by obeying speed limits and being prepared to stop for animals in roadways.  At least seventeen bears have been hit by vehicles this year in Yosemite, and at least five of those died.

Fascinating Bear Facts:  Sows give birth to their cubs in their dens in the winter. The number of cubs they have is dependent on how much weight they have put on over the summer and fall. Though one or two cubs is typical, a particularly fat sow may have three or more cubs!