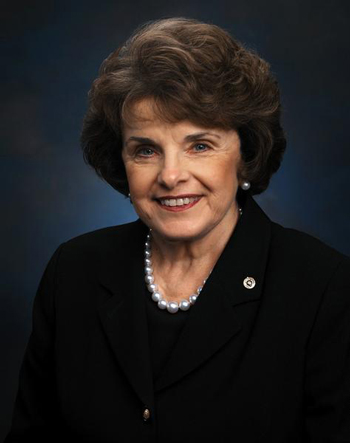 over Facebook’s plan to create a new digital currency called Libra. Her letter listed several key questions that must be answered to help guide Congress as it considers how to respond to Facebook’s proposal.

“I have significant concerns with Facebook’s proposed Libra digital currency and believe that numerous important questions must be answered before it is allowed to go into effect,” Senator Feinstein wrote.

She continued, “If enough people eventually use Libra, it could create a shadow financial system that would compete with the dollar and other national currencies. I do not believe this is in our national interest.”

Full text of the letter follows:

I have significant concerns with Facebook’s proposed Libra digital currency and believe that numerous important questions must be answered before it is allowed to go into effect; I appreciate that you have raised many such questions yourself. I have enclosed several of my questions and thank you in advance for your responses.

It is unclear why a private, for-profit company should be able to create its own international currency that could undermine U.S. monetary policy. Currencies are managed by central banks that are accountable to elected officials for good reasons. The Federal Reserve has a legal obligation to work for the public interest; a for-profit corporation does not. If enough people eventually use Libra, it could create a shadow financial system that would compete with the dollar and other national currencies. I do not believe this is in our national interest.

There is also an important question of which agencies have jurisdiction for overseeing a digital currency like Libra. The U.S. financial regulatory structure was not designed with digital currencies in mind. As you know, gaps in oversight of the financial system contributed to the global financial crisis just over a decade ago. We must understand clearly how any digital currencies will be regulated and overseen before they begin operation.

As you said earlier this week, Libra also poses national security and law enforcement issues. Digital currencies create opportunities for people who finance terrorism, launder money, and engage in other criminal activities to cover their tracks. As head of the Treasury Department and its Financial Crimes Enforcement Network, you are ideally place to understand and take action on the criminal and national security threats that Libra poses.

An effective response to Libra and other digital currencies will require cooperation among U.S. financial regulatory agencies and with regulators in other countries. I urge you to lead the coordination of U.S. regulators as the Chairman of the Financial Stability Oversight Council, and also work closely with our global partners on a coordinated response.

With these points in mind, I look forward to your responses to the following questions to guide Congress as we consider Libra and possible legislation for online currencies:

Which U.S. agency(ies) would have jurisdiction over Libra? Are there gaps in authorities and oversight and, if so, what should Congress consider doing to address them?

Will regulators have enough data about Libra and its operations to be able to properly supervise and regulate it? Should agencies consider collecting additional data to help them do so?

Can the existing legal framework for countering terrorism financing and money laundering effectively handle Libra and other digital currencies?

What can the Financial Stability Oversight Council’s member agencies, especially the Consumer Financial Protection Bureau, do to protect the privacy of personal financial data of Libra users?

What are the potential implications of Libra for the stability of the financial system and for U.S. regulators to do what Congress has asked them to do?

Thank you again for your comments to date on Libra, and I look forward to your responses. I believe we must thoroughly review the implications of digital currencies, and determine whether new laws are required, before they are permitted to operate.